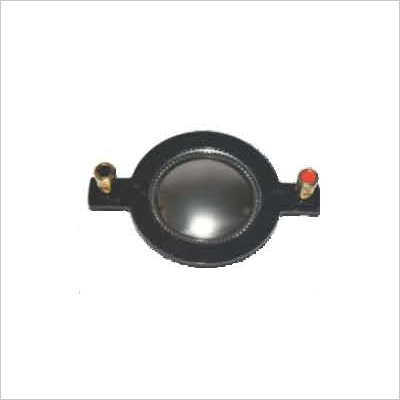 Having core competency in the domain, we are engaged in providing the finest quality collection of Speaker Diaphragm. It is a semi-rigid membrane attached to the voice coils. Used in headphones and microphones, this product is manufactured with the use of supreme grade raw materials and sophisticated techniques by dedicated professionals. Cherished for its sturdy design, fine finish and accurate dimension, this Speaker Diaphragm is fitted in speakers for absorbing vibration.